The two men had been enjoying an overnight surfing and fishing trip near the Juan de Fuca trail on Vancouver Island, British Columbia. It was there amongst one of the Vancouver Island caves that Johnson and Regan first spotted the stranded dog along the shoreline. The two were in their boat near Magdalena Point when Regan first noticed the dog. 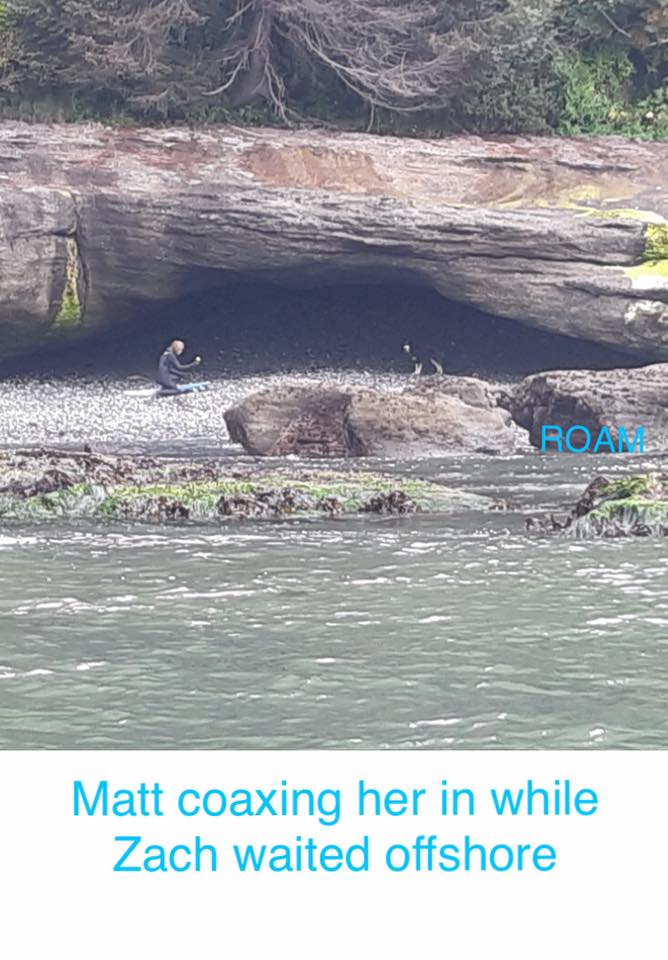 He shared with CTV News, “Just glancing in the caves as we were going by, I saw tan legs walk out, just a glimpse, and I thought, ‘Oh that looks like an animal.’”

Going over, they discovered that the dog was stranded in a cave that was along a more harsh portion of the hiking trail. It was clear to the two of them that she was unable to get out and was helplessly sidelined to the small patch of beach. 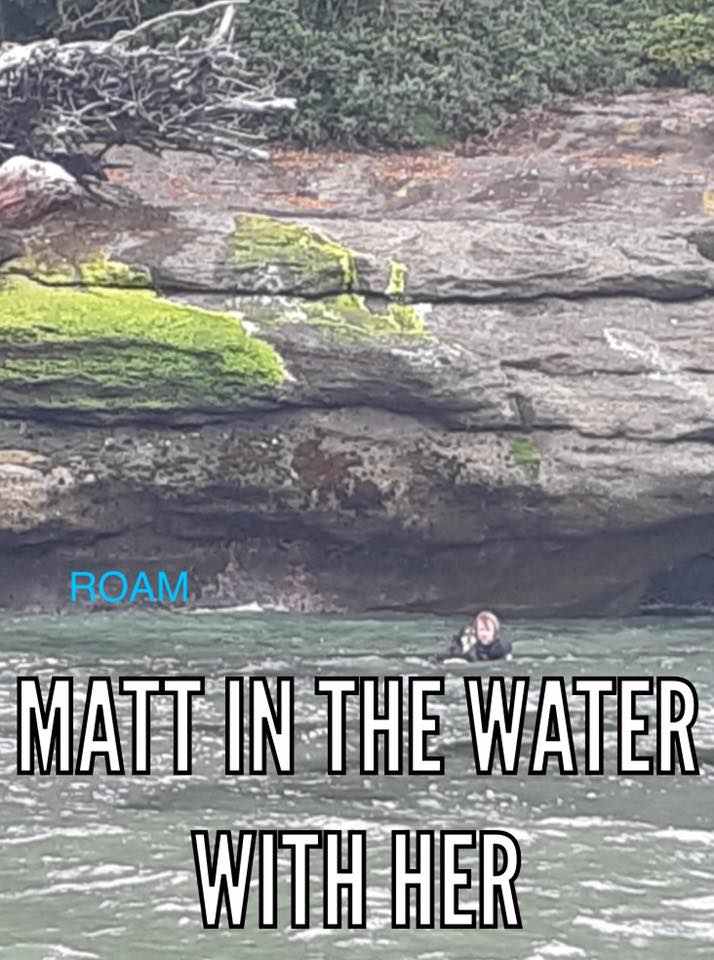 Both Johnson and Regan weren’t seeing any other humans nearby so they figured that she was all on her own. That is when Johnson got into his wetsuit and went to rescue the dog. He gently encouraged the dog over to the surfboard and convinced her to get on – a task that was a little harder than he initially thought. Once she was on, he was able to do a one-armed paddle back to the safety of the boat. The poor dog was so weak, Regan had to quickly pull her on board before she sank! 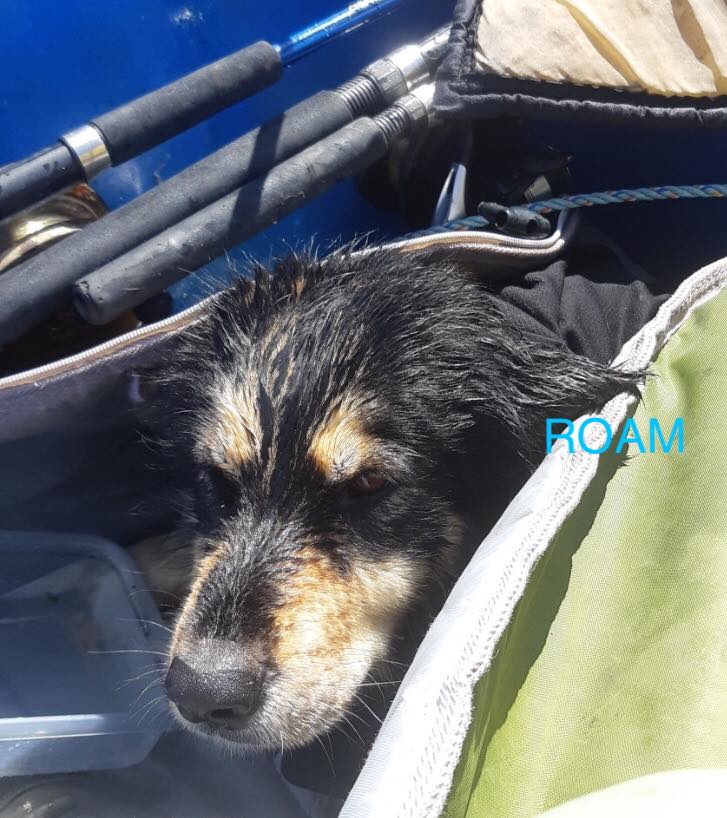 The two men placed a life jacket on her for safety, as well as kept her warm in a surf bag as they made their way back to shore. Once the made it to the safety of land, the two men gave the dog some food and a bath. Afterward, the got in touch with Leslie Steeves, the founder of Reuniting Owners with Animals Missing (ROAM), in order to start the process of searching for the dog’s owners. 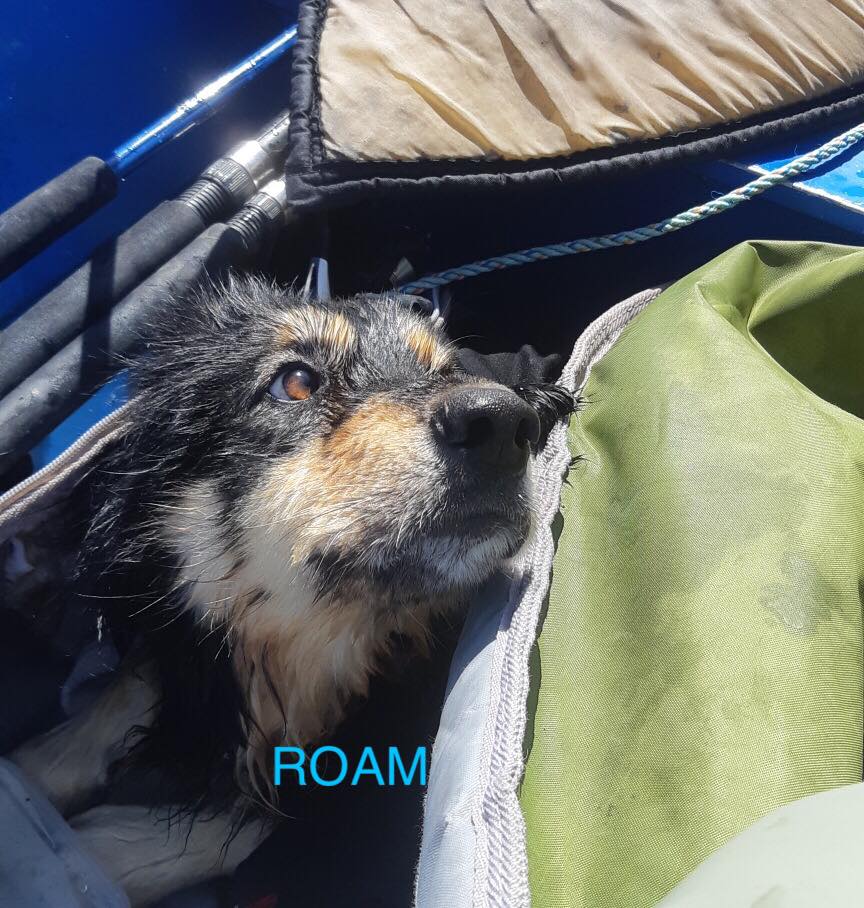 Steeves was amazed by how the dog was able to survive on her own in such a hostile environment. Steeves had no doubt that the dog was rescued in time before she died. That is when Steeves began the hard task of trying to find out who the dog belonged to. The story about the dog’s rescue was aired on the CTV News, and afterwards, Steeves received the call she’d been hoping for. The owners revealed that the dog’s name was Stella, and she’d gone missing during their hike three months prior. The couple had taken Stella on their honeymoon with them, along with their other dogs, and Stella had ended up disappearing while on a hike. The couple spent a week searching for her, but they eventually had to leave after not finding any clues about her whereabouts. Of course, when they say the news story they were overjoyed to learn that she had survived and been found. 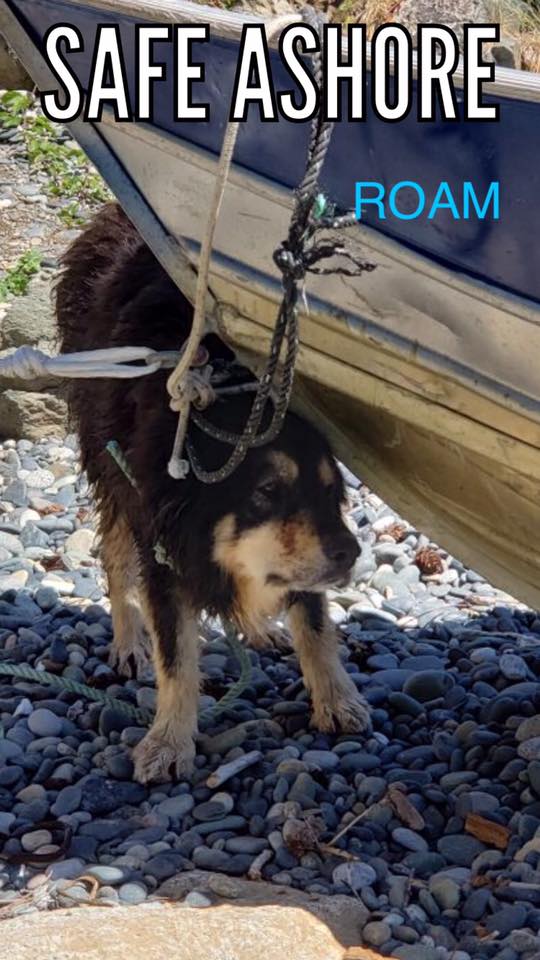 Regan shared with CTV News that he was shocked by the way everything ended up unfolding. He added that Steeves, “was in shock too. As she was talking I was like, ‘How is this possible?’”

The arrangements were made to get Stella back to her family. Regan was the one who did the honors and he recalled that the pooch was delighted the minute that she saw her owners. Both Regan and Johnson were thrilled that they could help give Stella and her owners a happy ending. 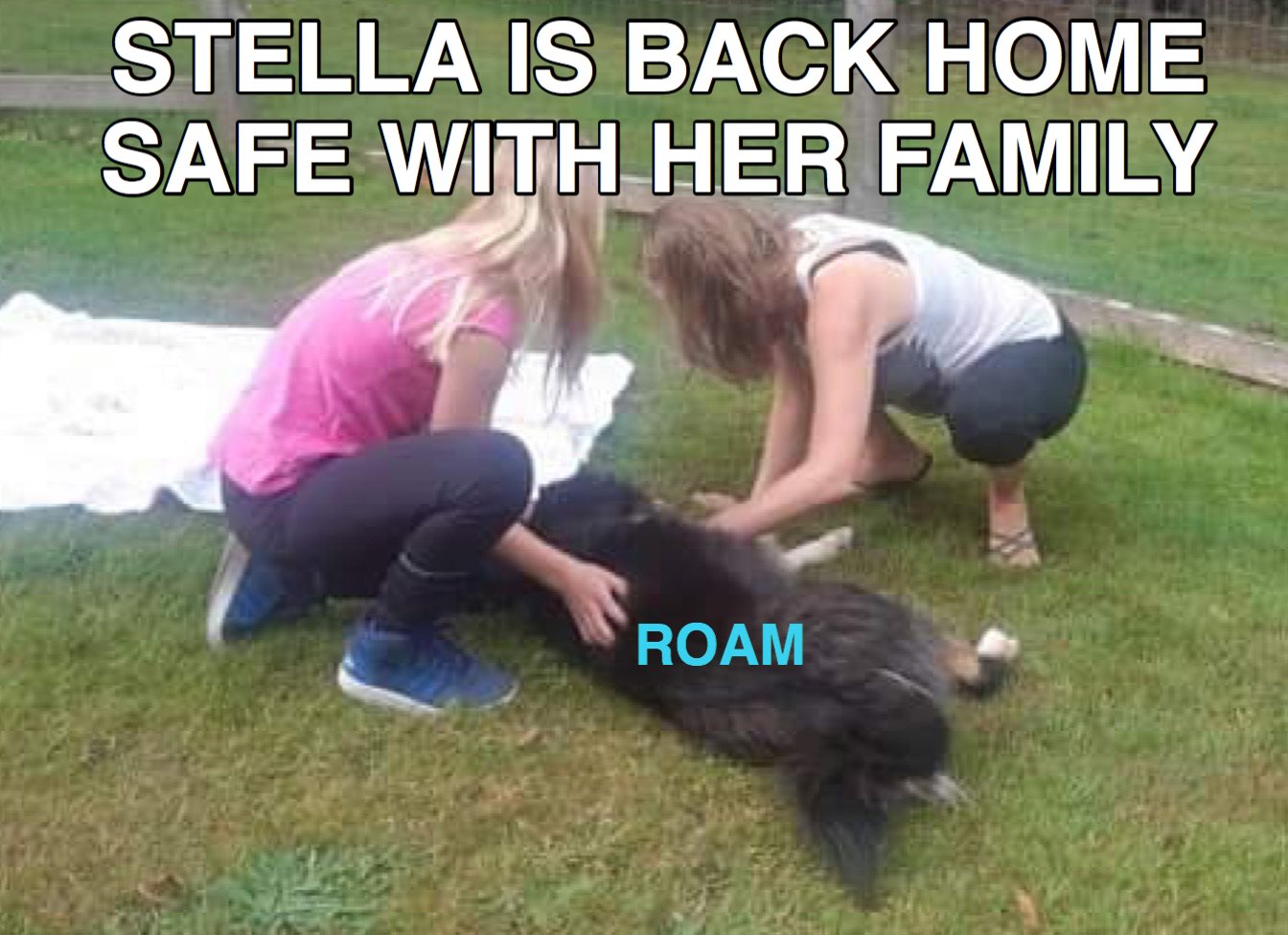 We have no doubt that Stella believes that the two men rescuing her was a complete and total miracle. We’re happy that she was able to be reunited with her family.

Meet the BANK ROBBER with the legal mind that SWAYED the SUPREME COURT: Click “Next Page” below!